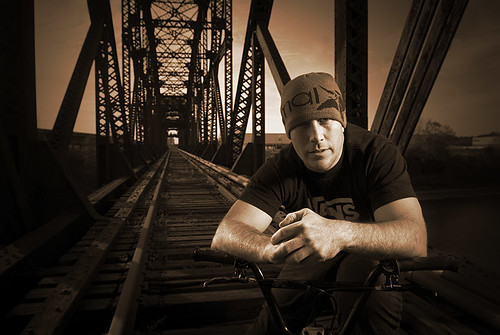 Exactly 10 years ago this year, I purchased a Mongoose DMC bmx frame after seeing it a magazine advertisement. I passed many riding milestones on that bike, including my first 360, first decade and first broken bone due to riding. I loved the frame, but as I started riding trails more, I retired the frame to my garage wall.

In 1997, I drove to Kansas City for a BMX contest where I met many of the people that I ride with today, including Dennis McCoy, namesake of the Mongoose DMC. Dennis is a legend in BMX and has riden professionally nearly longer than I’ve been alive.

This weekend, we teamed up to shoot a few photos for an upcoming article on him in a european magazine. A portrait from the shoot is pictured above.

Thats a great bridge to shoot and a great photo shot there.

I have a question about this photo. Are you using a black oval center spot filter with a semi fisheye? The effect of what ever you used came out great.

From Work to Home to Trails in 15 Minutes 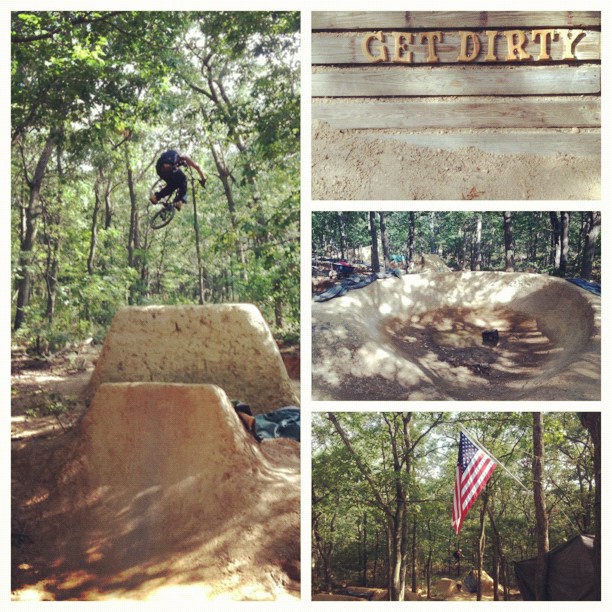