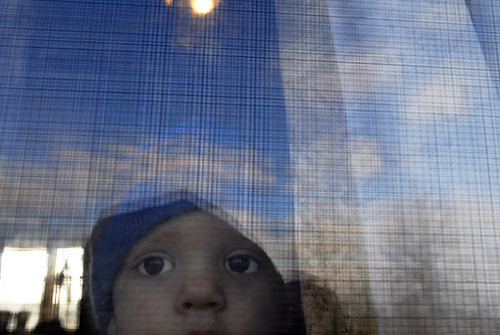 I’m excited to announce that the mining series that I helped direct, photograph, videotape and multimedia-ize won first place for online convergence in the Associate Press Managing Editors contest for newspapers in the U.S. and Canada. It was a huge group effort, with Mike Belt reporting for LJWorld.com, Brian Powell and Greg Hurd producing for our television outlets including River City Weekly and 6News, David Ryan and Nathan Borror leading the design work. They are all top-notch.

The three-part series explores the legacy that the coal, lead, and zinc mining industries have left on parts of southeast Kansas, northeastern Oklahoma and southwestern Missouri. The project focuses on the environmental, socio-economic and health-related problems that still linger in the region caused by the mining industries.

“Congressional leaders are developing legislation that could lead to a buyout of residents in a small Kansas town threatened by collapsing abandoned mines. U.S. Rep. Nancy Boyda, D-Kan., and Sen. Pat Roberts, R-Kan., are working on a bill that, if passed, would provide $6 million to buy out Treece and close the town near the Oklahoma border in southeastern Kansas.” – Source: Lawrence Journal-World. Read article.

If I haven’t said it enough, a big congrats again!!!!!

[…] These photographs are part of a multimedia presentation that won first place in the the 2007 Associated Press Managing Editors Online Convergence category. You can see the reportage at LJWorld.com and read more about the project here. […]