Skip to the content
The video demo reel above contains some of the clips and motion graphics that I made for “America’s Journey” at USA TODAY. Watch the seven chapter documentary here. You can get the DVD or video-on-demand here.

Earlier this week USA TODAY released a seven chapter documentary about the Inauguration of President Barack Obama. It was a very, very long week for everyone on the documentary team. For myself, the week included a night sleeping under a desk at the downtown Washington, D.C. office, multiple 12-13 hour work days, and a diet of roasted pecans and half a cup of water on Inauguration Day.

3D Photo Animations
I’ve been waiting for the right project to use a visual technique that I refer to as 3D photo animation. The concept also helped to drive home the theme of our project: To document the individual journeys to the inauguration as well as the journey that we, as one nation, have made in our history. The 3D fly-throughs were made using a single base image and cutting out multiple layers of foreground, middle ground, background in Photoshop. I added the layered Photoshop documents to Apple Motion, spread the layers apart in 3D space, and walked a camera through the digital scene. Textures and vignettes were also added in Apple Motion.

Steve Elfers, video director at USA TODAY, and I decided early on to not mix content from multiple images. The 3D animations allow the viewer to see the scene from an entirely possible perspective, had he/she been present in the photograph. The trick was to essentially hide each duplicated piece of the scene by flying the camera around and through foreground and middle ground elements. Without these limitations, the possibilities are endless in terms of 3D scene depth and layering. These ethics made the animations very difficult, but it was ultimately worth the trouble.

Canon 5D Mark II
This was my first major project using the Canon 5D Mark II as my primary video camera. The camera has so many positives that the negatives seem trivial. The image quality is astonishing. The flexibility is unparalleled. I was able to shoot HD video, still photographs and capture 360 panoramas using one camera. Last year, that would have required three cameras.

I used a Sennheiser transmitter and receiver combined with a Tram lav mic for all interviews and natural sound. While the audio is one of the major things holding this camera back, I found the combination of using the Senheisers and the Tram lav mic very acceptable. Obviously, the fact that the 5D tries to normalize all audio levels can create problems, especially during interviews.

24 Hour Inaugural Day Timelapse
I knew early on that I wanted to document the entire inauguration day using timelapse photography. The problem was, locations with quality perspectives of Pennsylvania Ave. were limited. Josh Hatch, a fellow multimedia producer at USA TODAY, milked some of his connections at the Newseum and secured a prime location for the camera pointing east at the U.S. Capitol. We crunched some numbers and decided one frame every 15 seconds would be suitable to capture at least one frame of Obama’s motorcade in the foreground of our shot and also provide ample image to create the timelapse. I used a pocket wizard as the intervalometer, plugged the camera into an AC outlet, mounted the camera on a magic arm and teethered the camera to a laptop inside the Newseum. You know the drill. I wrapped the camera in bubble wrap for insulation and weatherization and taped a hand warmer pack onto the pocket wizard so the battery wouldn’t freeze overnight. God save the hand warmer.

Earlier that week, I wrote a script that would automatically copy, resize and automatically FTP the images in real time back to the USA TODAY servers for virtually live posting on our Web site. Everything went according to plan up until the teethering. Apparently, the 30 feet of USB cable carrying images from the camera outside in 20-degree weather simply didn’t have enough power to reach the computer. So, we ditched the teethering approach and inserted a large memory card.

Props
I worked with some amazing folks on this project and I can’t wait for round two. Rhyne Piggott followed an intimate story about a Tuskegee Airman. Garrett Hubbard documented a million-dollar benefactor who purchased 300 hotel rooms overlooking Pennsylvania Ave. for the less fortunate. Rhyne, Garrett and Steve were amazing to work with. We had above a dozen video journalists who contributed content for the documentary. The full list of credits appears at the end of chapter seven.

Did you get the 3D photo idea from the Lakai video, Fully Flared?

Jared….when you gonna come visit? I haven’t heard of those movies.

So now you know why I’ve been a little tough to get in touch with lately….I really appreciate all your help with WordPress stuff Chandra!

I just wanted to say congrats on getting the gig at USA Today. It’s an exciting time to be in DC, and they were smart to snap you up because you are clearly talented. Though my time abroad has been rewarding, I’m thinking of returning stateside to do my part. Irregular freelance work at the Guardian, Al Jazeera and the like just isn’t doing it for me.

What kind of work were you doing for the Guardian/Al Jazeera?

Nice work. You are one dedicated farmboy. Keep pushing the envelope.

Farmboy? Hey, hey now. Did you send a Christmas card this year? Abby and I were looking forward to it! Holla back.

You’re on the card list. Next issue isn’t for a few months, but rest assured it will melt your face.

Thad, nicely done. I love that effect … just about as much I hate Motion! Looking forward to more awesome work.

Hey man. I’ve been meaning to get in touch with you. I’m volunteering to help rebuild the SND.org site. You interested at all? Also, I have some top secret stuff for your ears only. 🙂

“Talent on loan from” Uncle Kurt.

Nice job, Thad. I love the result of combining all these techniques in one project… and thanks for giving us an inside glimpse on your blog! Keep it up!

Awesome.
Have you used After Effects for those paralax (and other) effects or another solution?

Btw awesome sound track, did you built it at your own? 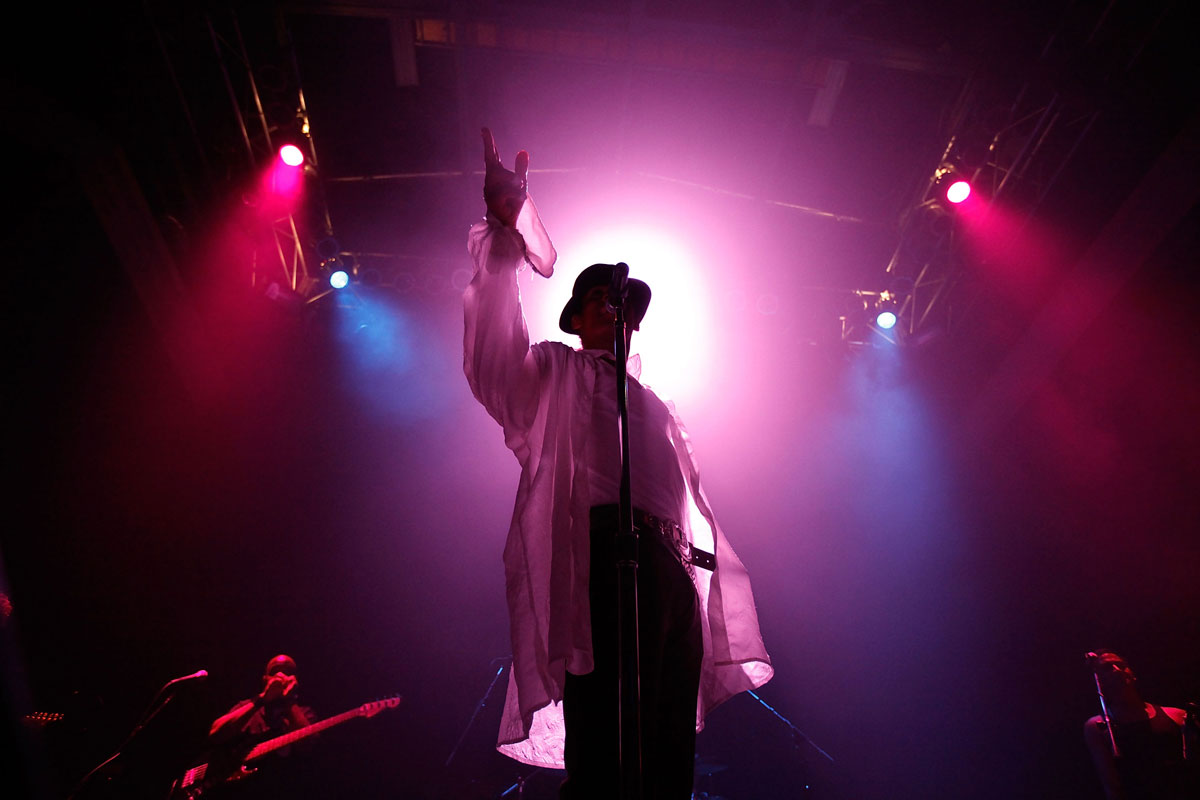